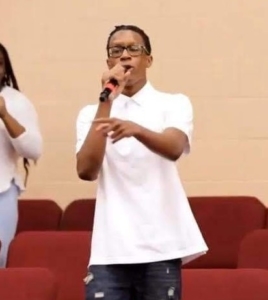 On June 27, Julius Cummings was stabbed 5 times and subsequently hospitalized with injuries including a collapsed lung and fractured scapula.  While hospitalized, his lung collapsed again after it had already been stabilized.  His medical providers were concerned that if it didn’t correctly heal on its own, they would have to perform surgery.  We are grateful to God that He is in control and on July 4, Julius was released from the hospital.  He is now home, recuperating under the watchful eye of his loving family.

Julius’s attacker is no longer in custody and currently remains free as law enforcement continues to investigate.  This is a source of frustration for family and friends, as there are eye-witness accounts that have been provided to the police and the perpetrator also confessed.  Continue to be in prayer that justice will be served.

In the aftermath, his family faces the reality of unexpected expenses that come along with this unexpected, unwarranted and ungodly attack on Julius.  A GoFundMe has been set up to help offset these costs.  See the links below to the stories aired on local media and also the GoFundMe campaign.