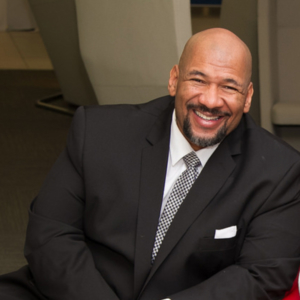 Since the age of 8 God has shown me favor in sparing my life for His purpose. Constantly learning and growing in scripture and how to walk it out.
The youngest of the Steele siblings, Billy, performs, writes, and produces for the Grammy Award winning ensemble, the Sounds of Blackness, for who he is currently serving as Assistant Director. He is the co-recipient of three Grammy Awards via this talented ensemble. He continues to write and produce for various artists, including the Steeles. His work and voice has been heard on soundtracks with artists such as Rod Stewart, Jonny Gill, Karyn White, Stevie Wonder, Sounds of Blackness and many more. He collaborated on the Disney soundtrack Legends, The John Henry Story, narrated by James Earl Jones. Have performed on stages across more than 14 countries. Minister of music for the Minnesota Ecclesiastical Jurisdiction of the Churches of God in Christ for 25 years. He shares gospel music with students at Minnehaha Academy annually. He is currently the musical director for Fellowship Missionary Baptist Church in Minneapolis,MN.